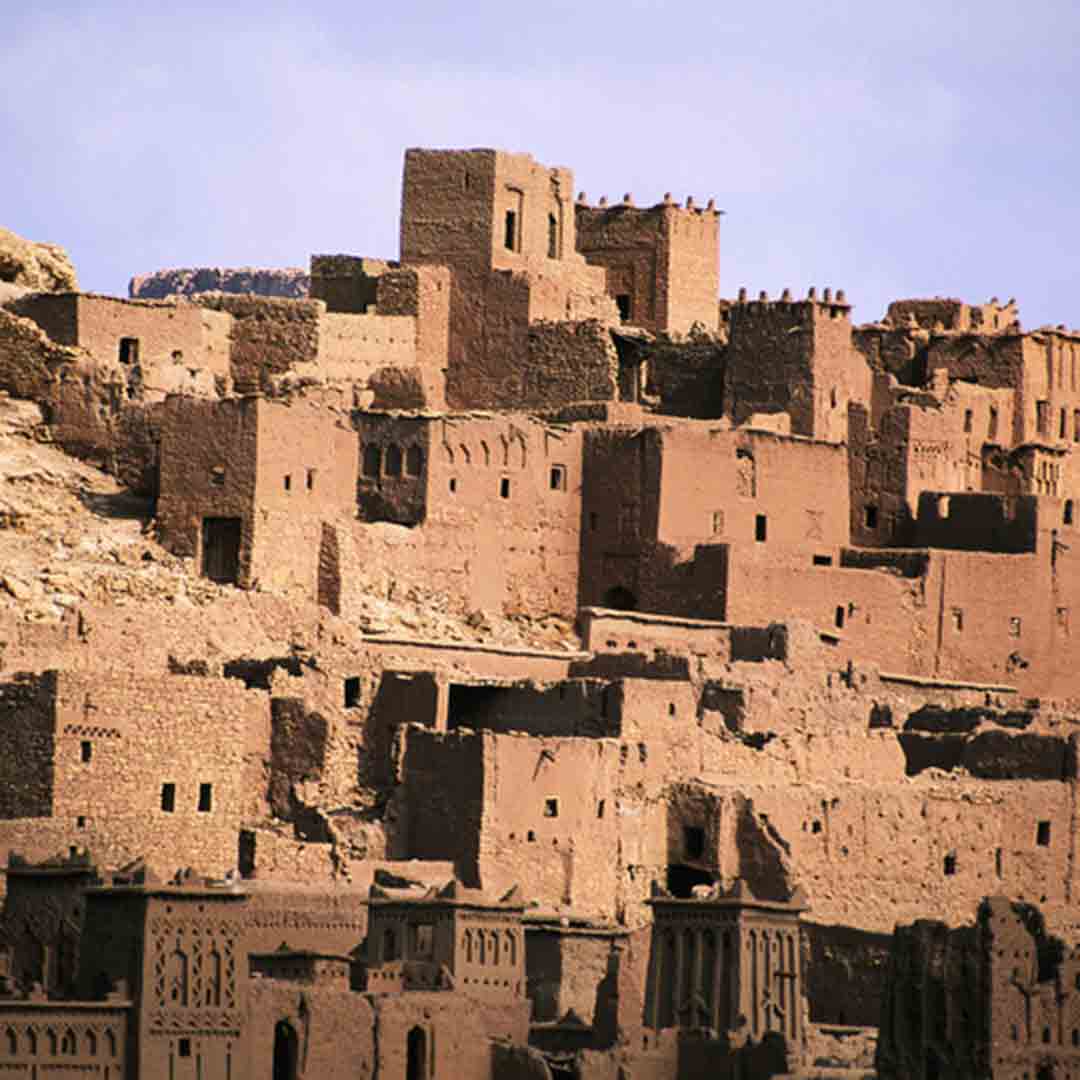 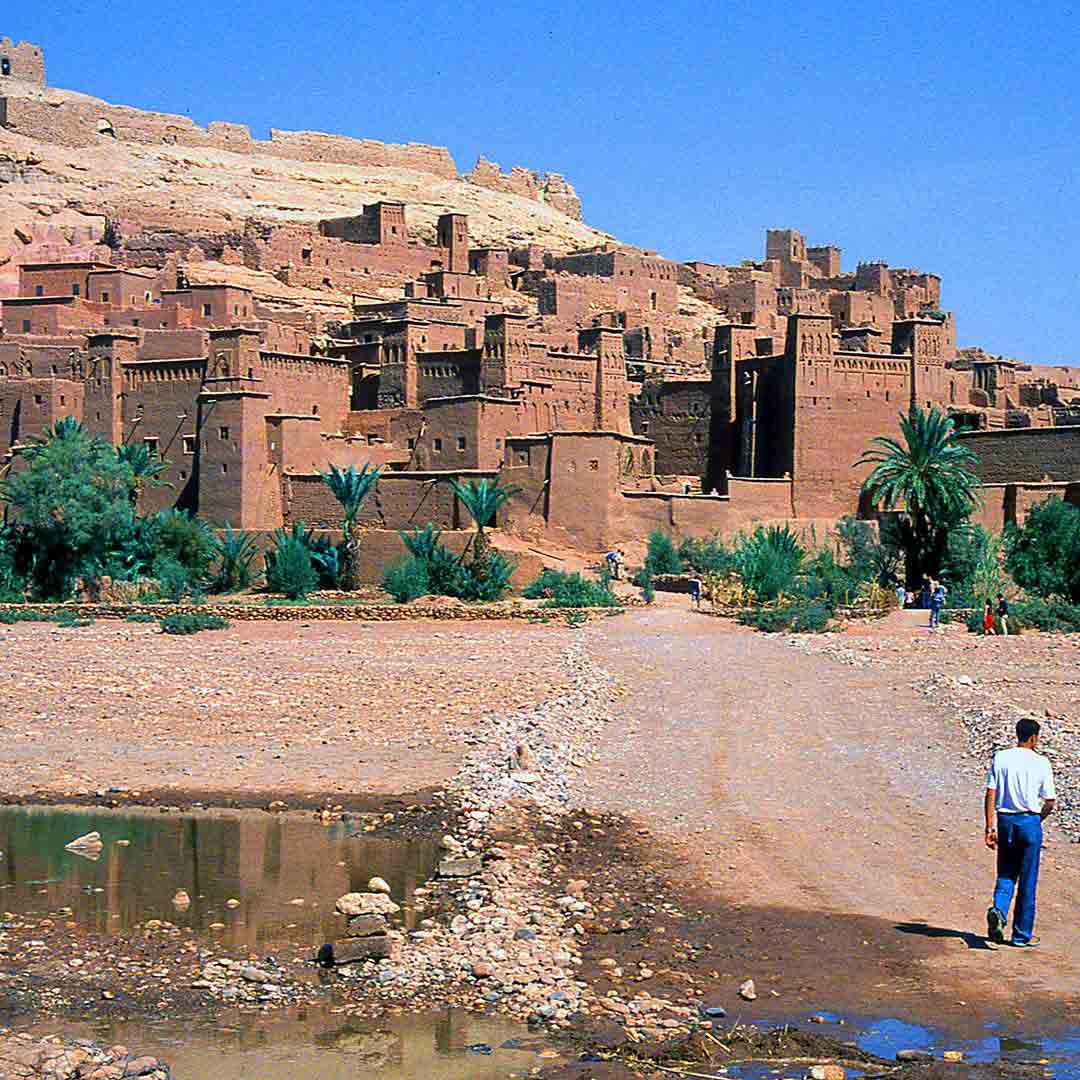 Drive along the winding route of Tizi n Test- is an awe-inspiring pass and one of the most phenomenal drives in Morocco as the road weaves its way up the High Atlas Mountains where you can be amazed at the unbelievable panoramic view.

You will then travel down the southern slopes of High Atlas to argricultural saffron fields and carry onto Ouarzazate- the city inhabited by Berbers, who constructed many of the kasbahs and building which put the town on the map. The Ouarzarate area is a well-known location for film-making, with Morocco's biggest filming studio's which welcome many international companies to work here.

You will have the chance to see the Kasbah of Ait Benhaddou- one of the most astounding manmade sites along the valley of the Kasbahs in the rocky desert. Built approximately in the 17th Century from local clay brick, the fortification compliments the landscape, and rises from the desert plains. You can seek the lower levels of the building as well as ascend to the top of the hill for a remarkable view. There are several lovely restaurants which serve traditional cuisine and exceptional hotels nearby.