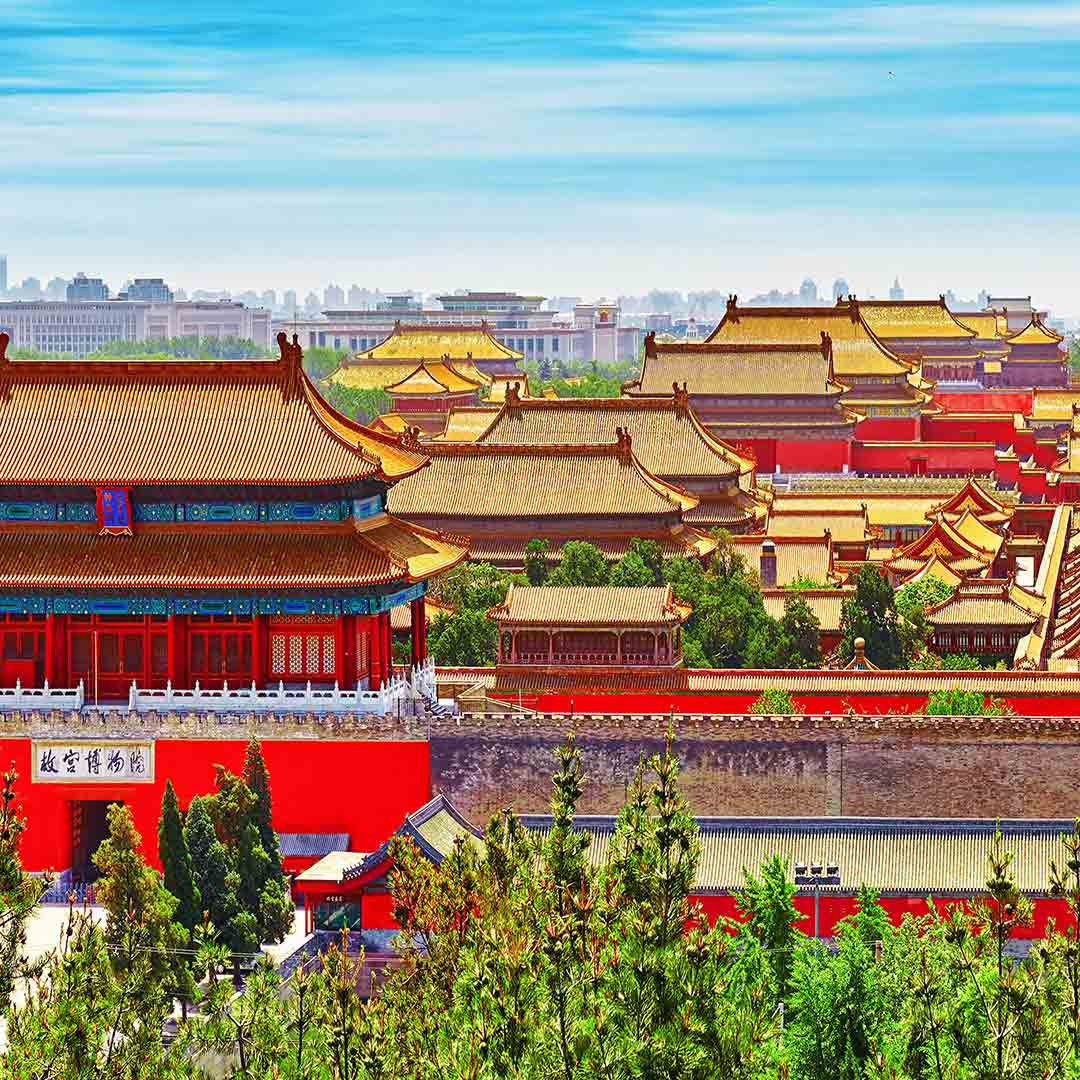 Tiananmen Square is the largest central square in the world, and acts as the symbol of China. This impressive courtyard is surrounded by ancient monuments and sites such as the Tiananmen Tower, Great Hall of the People, Mao Zedong Memorial Hall, Monument to the People's Heroes and National Museum of China. Receive a guided tour of the square with an expert Chinese guide.

You will then visit the Forbidden City which lies at the north end of the square. Now known as the Palace Museum, it was once the imperial palace for 24 emperors during the Ming and Qing Dynasties (1368 - 1911). Ancient Chinese astronomers believed that the Purple Star (Polaris) was in the centre of heaven and the Heavenly Emperor lived in the Purple Palace. the name is from the fact it was forbidden to enter the city without permission.  Today, it is the world's largest palace complex, with a 52-metre wide moat and 10-metre high wall with an incredible 8,700 rooms. Today, it is no longer forbidden, and your students will be able to visit with their guide.

Following this, you will head to the magnificent Jingshan Park for views of the Forbidden City and the Imperial Garden.