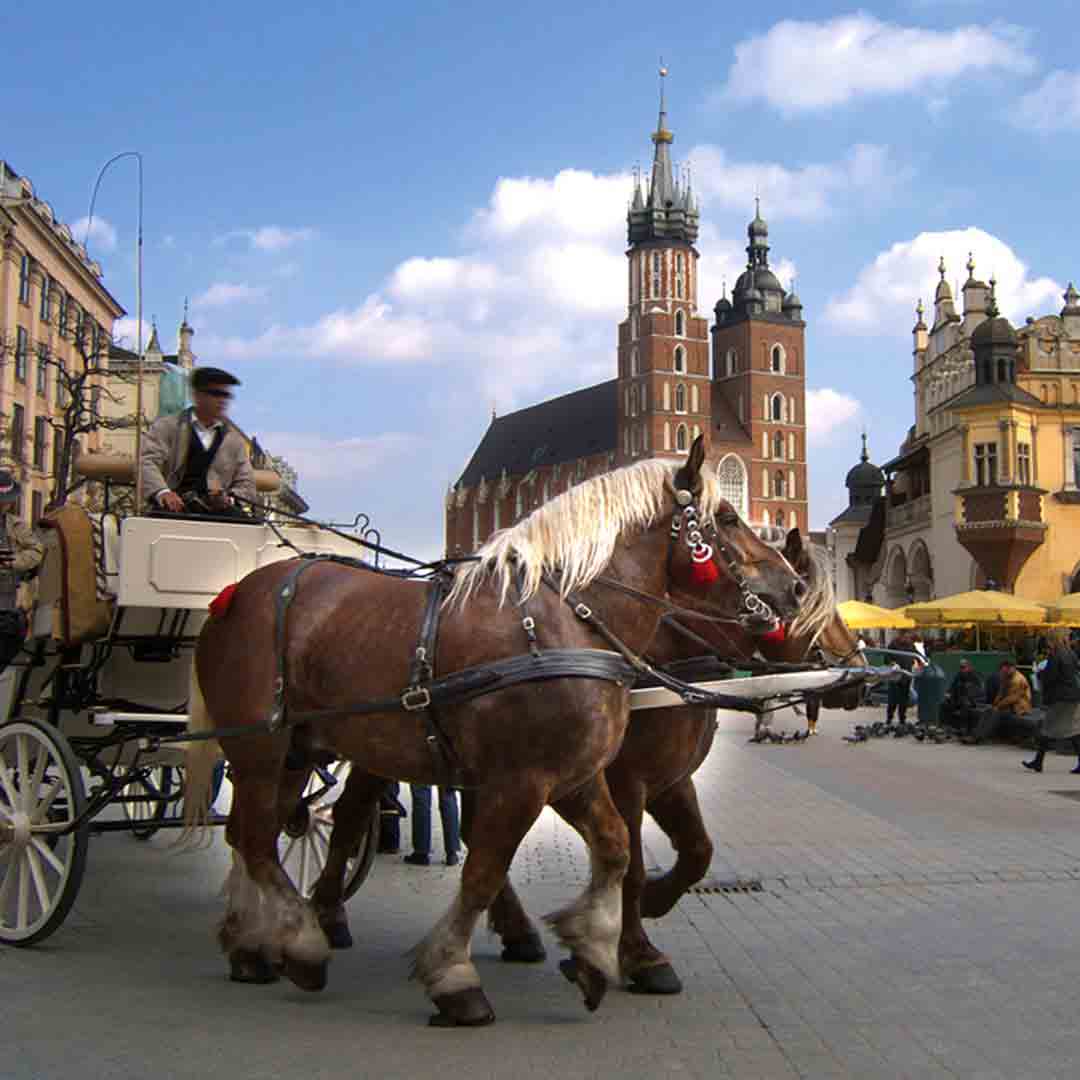 St Mary’s is one the largest and most important churches is Krakow, after Warsaw Cathedral, and has been a basilica from 1963.

Built of red brick and with two towers of unequal height and form, the church is not conventionally attractive, however the exquisite interior is absolutely bewitching. There are many treasures to be discovered, such as paintings, stained glass windows, sculptures and even tombs; By nightfall, the church is lit up and dominates the Krakow skyline. The highlight of the interior is a magnificent 15-century wooden altarpiece which is the largest gothic altarpiece in the whole world. It incorporates more than 200 carved and painted figures illustrating various scenes such as the death of Mary Mother of Jesus, Resurrection of Christ, Descent of the Holy Spirit and much more. The altarpiece is unveiled just before noon and is an extraordinary and breath-taking sight.

Similar to many places in this enchanting city, the church towers have many legends surrounding them. Some choose to believe that two brothers began building the towers, but the designer of the smaller tower, envious of his brother’s success, murdered him in a fit of rage and then, filled with guilt, threw himself from the higher tower. Another more well-known legend tells the story of a brave city guard who saved Krakow from a Tatar invasion in the 13th century. The church towers used to serve as watchtowers, and as the guardsman began playing his trumpet to signal the city gates to close, an arrow pieced his throat and the melody was broken. To this day, the same tune, the hejna? mariacki, is played every hour and breaks off at the same point in his memory.

A visit to St Mary’s Basilica should not be missed, as regardless of one’s faith it is an unforgettable and uplifting experience.