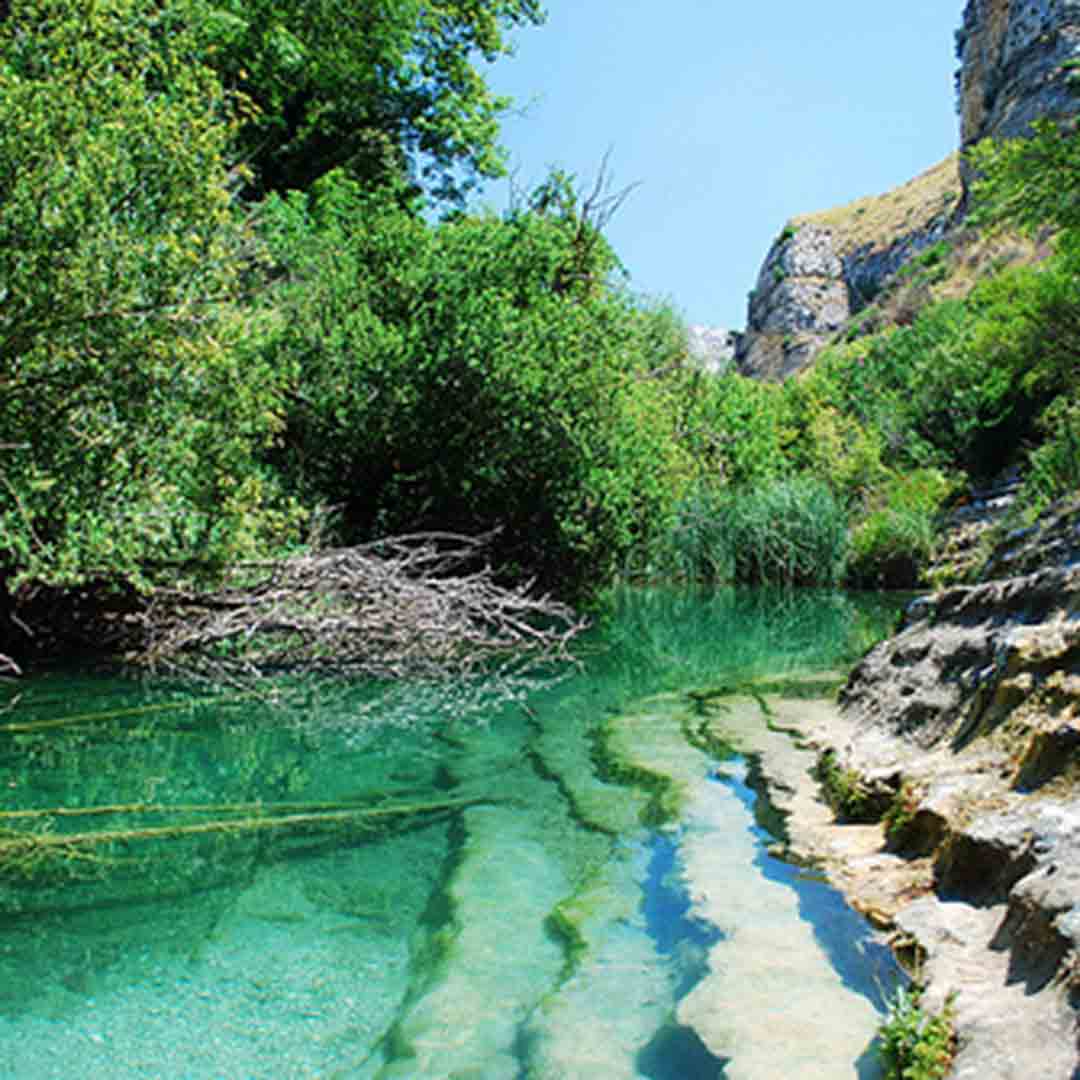 The Cavagrande del Cassibile Nature Reserve is of geographical, anthropological, archeological, hydrological and speleological importance. The Reserve covers an area of 2,700 hectares in the region of Avola, Siracusa and Noto. The river Cassibile, or Kacyparis as it was called in ancient Greek, runs through the reserve and over the millennia the river has created a series of deep canyons stretching for more than 10 kilometers. Defended by the unassailable sheer walls of the canyon and with access to water, the Siculi people first inhabited this place and created two stone villages here: one to the north which can be seen from the observation point and one to the south, almost opposite.

The first settlement dates back to the 10th and 11th Centuries B.C. and features hundreds of tombs carved out of the rock face, one next to the other, on six different parallel levels. In the bottom of the valley the river has created a complex system of small cascades and uruvi filled with cool, crystal-clear water.