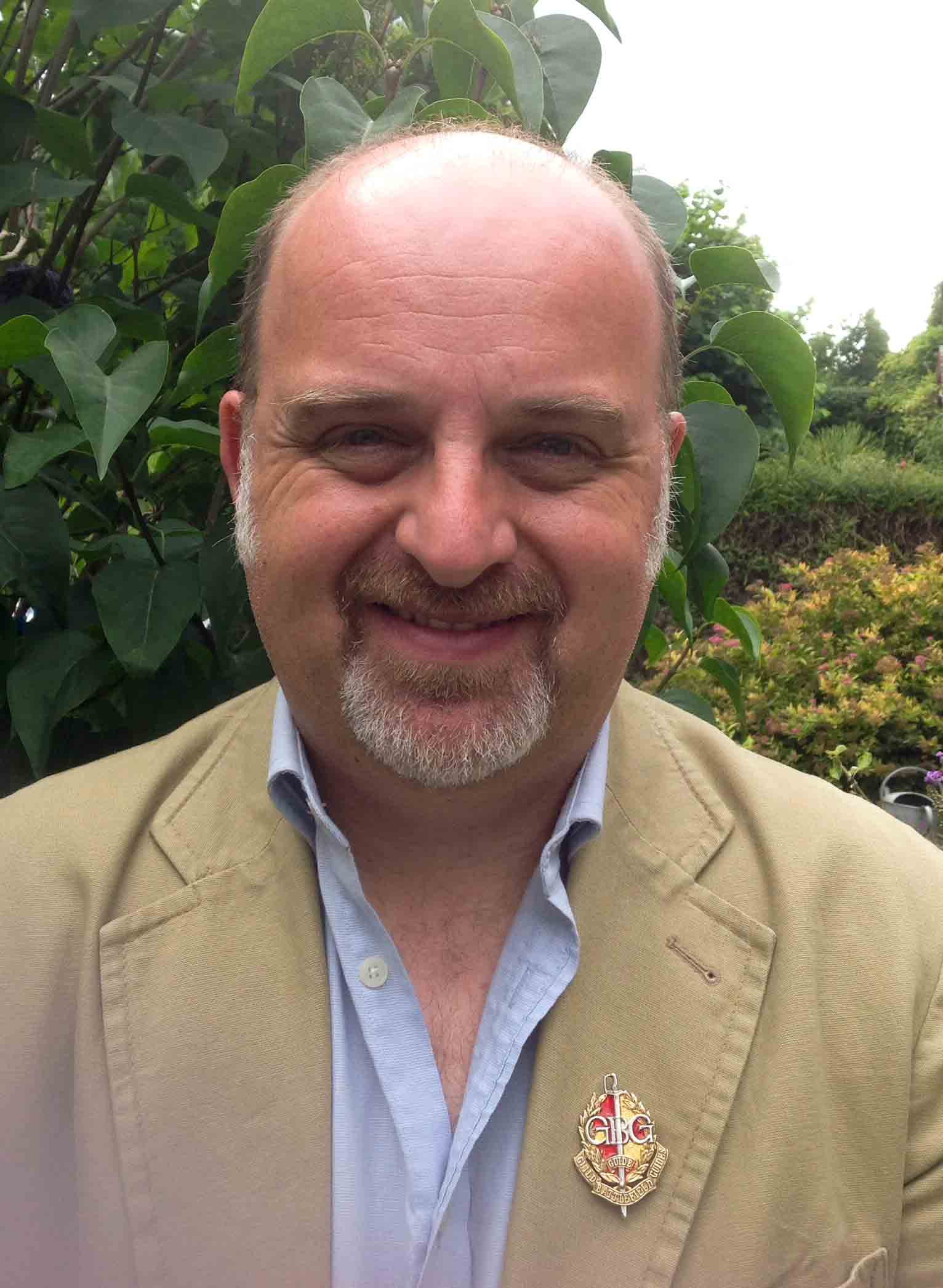 All of the battlefields guides we use for our tours are Guild of Battle Guides registered meaning you will always get the best possible experience.

Steve Smith - Battlefield school trips guideSteve served in the RAF for 18 years and started guiding in his spare time in 2002 where decided that the best route to become a qualified guide was to follow the path to being badged with the Guild of Battlefield Guides. He duly qualified as a badged guide in April 2004, gaining Badge No 17.

He has been interested in military history since a very early age and the battlefields of the Western Front especially had a big impact upon him and first toured the Somme at the age of 13 when his family wanted to learn more about the death of his Great Grandfather, Frank Smith. He has since been able to trace Frank's movements from start to finish.

2013 saw the release of his first book about the history of the men and the war memorials from Worstead and Westwick in Norfolk where he lives with his family. His second book was published by the History Press in November 2014 and is about Norfolk in the Great War. He is also compiling a history of the 1st Battalion Cambridgeshire Regiment.

He has been working with Adaptable Travel since 2010 and his aim is to keep the memory of those that fell during WWI and WW2 alive and to share his passion and knowledge with the groups that he guides.

Battlefield School trips guide - Kevin BreyneKevin Breyne lives in Kortrijk (Belgium), but grew up in Staden, a neighbouring town of Langemark-Poelcapelle, thus he grew up between the many relicts of the First World War in Flanders Fields. Kevin studied German and English at Leuven University and since 2003 has been teaching languages at a secondary school in Kortrijk.  Kevin also passed the guiding course of the Flanders Tourism Department and since 2013 has been a professional guide, specialised at WWI-battlefield tours in Flanders.